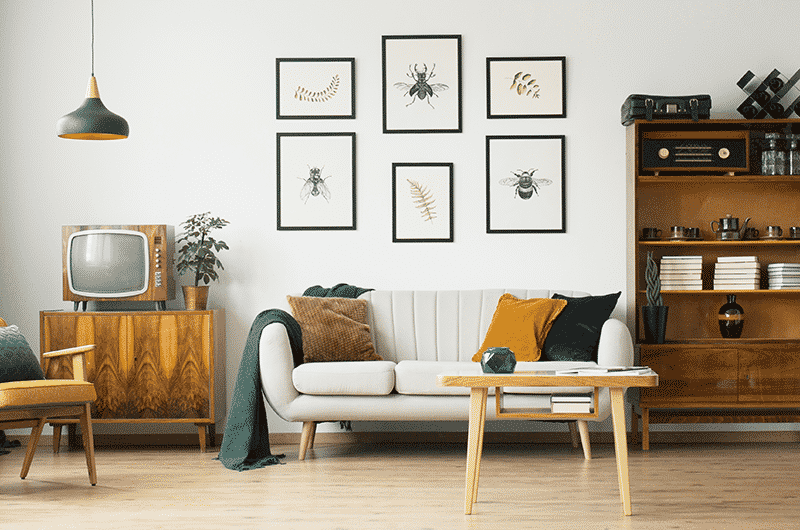 What Does Mid Century Modern Mean?

It’s not uncommon for architectural style to make a comeback, and the mid-century modern (MCM) design is trendy in modern homes. The functionality, clean lines, elegant design, and juxtaposition of organic and inorganic elements appeal to the current home buyer. As a Chicago resident, you have a wide array of mid-century homes to choose from. Let’s explore.

What Does Mid-Century Modern Mean, Really?

Cara Greenberg coined the term “mid-century modern” for a book titled Mid-century Modern: Furniture of the 1950s. Mid-century modern style rose to popularity between the 1930s to the 1960s before climbing back to popularity in the 2000s. In America, the style was introduced by Bauhaus architects from Germany, who changed economic activities after World War II. At the time, major lifestyle and technological changes were taking place, hence the evolution of architecture.

Urban areas expanded, and there was a demand for modern and functional furniture. Notable builders such as Joseph Eichler developed thousands of single-family homes in California. The houses were mostly uncluttered and minimalistic, with both organic and geometric forms. They also featured a juxtaposition of traditional and modern materials, with minimal wall ornamentation. Most importantly, mid-century modern homes focused on functionality.

Thanks to technological advancements, there was a generous use of plastic, glass, metal, plywood, timber, and vinyl in bold and neutral colors. Notable mid-century modern furniture designers include Charles and Ray Eames, George Nelson, Edward Wormley, Harry Bertoia, and  Arne Jacobsen.

Even if you can’t identify complex architectural terms, there are several elements of MCM style you can identify with. The chairs have tapered legs, flared backs, and occasionally a pop of color in the upholstery. The lamps have futuristic shapes such as domes and contrast with their surrounding. Lastly, the TV stands have geometric and minimalist designs.

Mid-century modern designs have now cemented their place in pop culture. Popular shows such as Mad Men and The Queen’s Gambit are appealing to the masses not only because of their storylines but their sets. Each piece of interior design goes back to the 1960s and structured and neat. The architectural style in these shows features muted color palettes that are effortlessly chic and timeless. Pop culture may continue to popularize mid-century modern designs.

Unfortunately, mid-century modern has become such a buzzword; it can be challenging to differentiate what’s right and what isn’t. Type the word mid-century modern into any online furniture store, and you’ll receive a ton of feedback.

Moreover, the functionality and simplicity of mid-century modern designs resonate strongly with American-based modern producers. Manufacturers can produce furniture pieces for the market without investing in the delicate and unique handling of natural elements.

Arguably, the other most notable aspect of MCM furniture is its multipurpose nature. The furniture can be adopted for the living room, kitchen, and lounge areas without looking out of place or being damaged. Additionally, any ornaments added to the room, such as lamps and artwork, are straightforward and blend into the modern environment.

However, mid-century modern style spans beyond furniture. There is also an emphasis on the construction and use of spaces. Famous modernists architects such as Richard Neutra focused on multipurpose spaces with an organic flow, which allowed occupants to move from one room to another easily. There was also an emphasis on splitting levels to retain the horizontal planes in homes.

Terrazzo floors and fireplaces inside living rooms became essential elements inside the homes. More importantly, natural light became a crucial feature for mid-century designs. Architects adopted wide and tall glass windows to bring in the light and the outdoors.

Effectively, MCM created a renewed interest in blending the outdoors and the indoors. MCM homes feature large windows, sliding glass doors, and patios. As a homeowner, you can play around with your shrubs, trees, and flowers as sculptural elements. Everything in the outdoors is also styled to match the minimalism and calmness in the internal space.

Another distinctive feature of mid-century homes is the introduction of cantilevers, where a part of the home extends horizontally without support. It can be any part of your home, including a lounge area, a pool, or a bedroom. Cantilevers are a great way to have one part of your home stand out.

Lastly, mid-century designs feature white walls and great contrasts to achieve their minimalistic design. With white paint, the addition of colorful and popping elements is easier since it does not clash with the walls. It also goes without saying that white is excellent for modern compact spaces.

In general, mid-century home homes represent freedom from any form of restriction. Elements such as expansive windows, cantilevers, and spread-out grass are crucial to the design but also to the homeowner.

What’s The Difference Between Modern Design and Mid-Century Modern?

Modern Design and Mid-century modern design are often infused. Modern design rose to popularity halfway through the 20th century. It draws inspiration from Bauhaus, Danish Modernism, and Scandinavian designs, which brought forth phenomenal designers such as Eames and Knoll. Notably, these are also featured in mid-century designs. The style focuses on natural elements such as leather, wood, and stone, with earthy color palettes.

Mid-century design styles also focus on muted color palettes, minimalistic designs with clean lines, and functionality. However, they incorporate a broader range of inorganic and new materials to bring bold colors into a space. While both styles are almost similar, they are mostly distinct from contemporary design.

If you’re trying to bring the mid-century design into your home, take time to look through pieces. Fortunately, there are several notable designs you can select from. However, go slow with your selection because they tend to be bold and colorful. Piling too many contrasting pieces of home decor can bring chaos into what is intended to be minimalistic.

First, focus on reintroducing wood into the home. Furniture pieces that boldly display walnut, teak, oak, and rosewood feature well and centerpieces. What’s more, there are several ways to achieve natural finishes without purchasing pure wood pieces. You could also bring in the natural feel by introducing a natural stone fireplace.

Retailers like Design Within Reach, Herman Miller, West Elm and CB2 are excellent places to pick modern, minimalistic, and versatile pieces for every part of your home. However, don’t limit your furniture purchases to retail stores. Hit the flea market near you and discover vintage pieces that you can re-upholster to fit your new home. Vintage stores are also an excellent place to find pieces that fit into the mid-century modern style. The best part about old pieces is that they’re easy on the pockets and are excellent DIY projects.

Take advantage of exposed elements of the home. Wooden beams and brick walls can be left untouched and juxtaposed with clean and neat furniture pieces. Don’t be afraid to come in with Bohemian details as wall art and rattan poufs to improve the overall appearance of your home.

If you’re purchasing an old home, consider opening up the space to achieve organic flow. Bring down the walls to create open floor plans, and introduce large glass windows to bring as much of the outdoors inside. It’s best to hire a team of designers and contractors to remodel the home to your wishes.

You can never go wrong with lighting in a mid-century design. If opening up the windows isn’t an option, consider introducing dazzling ceiling lights. Simple pieces in neutral colors bring in light and stand out as exceptional pieces without taking over the spaces.

Since the windows are an important part of the MCM design, it’s best to take advantage of window treatments that allow light in and allow elements in the room to stand out. Window treatments with straight clean colors, especially with neutral colors, are fantastic for any space. Keep the window treatments symmetrical for the best result.

As for textiles, it’s wise to dish them out in small doses to avoid flooding the space. Abstract repetitive patterns are great on curtains while maintaining plain colors on the furniture pieces. Pick a concise color scheme and avoid prints to maintain a fresh and timeless appeal.

The safest way to work with your walls is to paint them white. It’s an easy color that allows all other elements in your home to contrast well and pop. White walls also expand the space and create excellent lighting in any room.

The Chicago suburbs are home to a wide selection of mid-century modern homes, especially for families. Chicago’s Western Suburbs is an excellent place to begin your search. Westchester is one of Chicago’s suburbs that came to age during the 1950s and has a plethora of fantastic mid-century homes to choose from. Other areas include nearby La Grange Park, Riverside, Oak Brook, and Clarendon Hills.

However, the best way to find the right home for you is to find a realtor that is as enthusiastic about mid-century modern architecture as much as you are. Nick Fournier of Scout Real Estate Partners knows the ins and outs of Chicago Suburbs and can help you find an iconic MCM home that’s right for you. 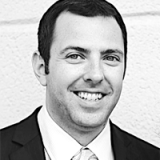 Talk to an Agent
©2018 and built with a smile by Growth Mechanics.